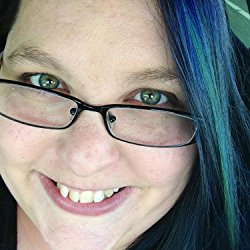 Our next heroine is young but capable. Seattle Times bestselling author  Raven Oak discusses Adelei from her novel Amaskan's Blood...and why Xena and Buffy are #HeroGoals.


Tell us about your book in the Daughters of Destiny box set. Who is the heroine, and what is she like?


Amaskan’s Blood (Book I of the Boahim Trilogy) is a coming-of-age story featuring Adelei, one of the feared Amaskans. At nineteen, she’s considered one of the best the Amaskans have ever trained and is tasked with protecting all those in the Little Dozen Kingdoms. The Order of Amaska sends her deep into the Kingdom of Alexander and into the hands of the Order’s oldest enemy—her father.

Like most nineteen-year-olds, Adelei thinks she’s got it all figured out. While fighting to unravel the betrayal surrounding the royal family of Alexander, she finds her entire past is a lie, right down to those she called family. They say the truth depends on which side of the sword one stands. But they never said what to do when all the swords are pointing at you.

The best review I’ve heard for Amaskan’s Blood was another author who said, “If George R. R. Martin had written [Disney’s] Tangled, it would be like this.” Lots of political intrigue, world building, and the depth of character one would expect to find in epic fantasy.


What went into creating her, and how does she interact with the other characters around her?


Adelei finds herself with a family she never asked for and didn’t even think she wanted. It isn’t until push comes to shove that she learns the meaning of the term family. Oddly enough, about the time I was writing Book I, I found myself in a similar situation as I discovered and reconnected with estranged family. I didn’t realize how much of my own feelings and conflicts had gone into writing Adelei until much later. Like me, she transitioned from someone who thought they knew what they wanted and needed into someone who was able to forgive.


Do you believe it’s easier to write a female main character rather than a male one? Why?


Not necessarily. I’ve written multiple stories and novels from both points of view without issue. In fact, Seattle Geekly commented in their interview with me that I’d done an amazing job of writing strong women without emasculating my male characters. When writing, I remember that people are people, flaws and strengths and all.


What would you define as a “strong heroine”?


Strong heroines have both strengths and weaknesses. They can be strong while still having the vulnerabilities that people have. Strength doesn’t have to be physical either—there are all manners of strength.


Name some of your personal female heroes (real or fictional).


Where can readers find out more about you? Give us the details!


My website has a ton of information (probably too much information) such as book details, upcoming events I’ll be attending, what books I’m currently reading, what video games I’m playing or movies I’m watching, biweekly reviews of games, looks back at old book covers, writing tips, links to purchase books, and lots of cat pictures. It also has links to all my social media, though I’m most active on Twitter.